Norwegian IT sector is mostly located around Oslo, while Trondheim is in a strong position as well due to the location of the University of Science and Technology there. When comparing the country’s IT market with neighbors, Norway is lagging somewhat behind. Norway has no large international organizations like Finland’s Nokia and Sweden’s Ericsson. Even Denmark, which is a lot closer to Norway in terms of the overall volume of the IT market, has Bang & Olufsen which has a strong international presence. It is worth noting, that while the Norwegian IT industry can’t boast of such corporations as Nokia and Ericsson, it has contributed greatly to the growth of the oil industry, which has resulted in a powerful oil cluster. In this article, we will elaborate on the Norwegian IT market in general and Norway software engineer salary in particular.

In the last few years, there is a trend which is that Norwegian software firms are sold out to foreign investors once they reach a certain size. That is caused by the lack of competent capital in the Norwegian market. Besides, Norwegian investors do not value intellectual property as highly as foreign investors, for example, from America.

The high standard of living in Norway in conjunction with a tendency within Norwegian companies to outsource certain activities has led to the outsourcing of most IT positions. As a result, a lot of ambitious IT specialists look for work in countries where they can take challenging roles. This could be damaging for the country’s IT industry. However, today we see that 7% of Europe’s ICT specialists work in Norway. This indicator is quite high as compared with other countries like Turkey or France, for instance.

IT industry is comprised of two different sub-sectors in Norway:

The first sub-sector is focused on developing stand-alone software or software that acts as an add-on for existing software, while the consulting and infrastructure sector is more geared towards customizing existing software and solutions.

Norway has skilled people who are very apt at developing new technology and applications, which have a lot of potentials, but there are few who have managed to take the next step to become a big and possibly an international company.

The culture of the Norwegian IT firms is rather similar to the culture of companies from the USA, Sweden, Denmark, and Finland. The Norwegian IT industry has strong engineers and a strong focus on IT with a high degree of advanced expertise. Skilled people here are not very expensive if compared with a software engineer salary in the USA. However, the difference in the salary for the most educated and the least educated is slight. It is also relevant to note that this might be both a positive and a negative fact since it could mean that the most skilled and educated employees may seek for jobs overseas in order to get higher payment.

The most frequent challenges met in the industry are access to people, expensive workforce, lack of competence within sales and marketing, lack of access to capital, and high taxes. The lack of well-educated people has been characterized as one of the major challenges for the industry. This has opened up the industry to look overseas to find a highly-qualified workforce. Lack of competence and experience within sales and marketing has inhibited Norwegian companies from accessing international markets without help from an international player. So, let’s see how much software engineers earn in this country.

According to the official data of the Norwegian Statistics Office, the average salary in Norway in 2018 is NOK 44,810 per month, equivalent to EUR 4,750.

According to Payscale, as of August 25, 2018, a median developers’ salary is around $74,100 per year whereas the national average is around $75,100. The distribution of payment varies from $38,000 to $110,000 per year which may be compared with the highest-paid software engineers in the world. The information is based on 126 individuals reportings. The skills affecting programmers salary include C++ language, C#, .Net, and Java. The proportion of experience in software development is as follows:

We should admit that 91% of people involved in the information and communication technology sector are male and only 8% are female. The benefits which IT specialists get in Norway include medical services (50%), dental services (8%), and vision (13%).

Here are some tips for you: “Outsource Like a Pro: Offshore Development Rates by Country”.

It is obvious that senior programmers get higher salaries than juniors or middle specialists. Let’s take a closer look at the payment of Sr. developers in Norway:

When I compared Norwegian programmers rates with software engineer salary in Europe, I found that the annual median salary in Norway is much higher than those yearly salaries which European developers get. Below are some examples:

I think I may rightly claim that Norway’s senior software engineer salary is among the highest-paid IT salaries all over the globe.

Salaries of IT specialists range from $4,000 for beginners to $8,000 for an experienced specialist monthly. The tax is progressive, about 36-45%. Therefore, sometimes employees are asked not to raise their salaries, because they will receive less money because of exceeding the limit. To this, we should add that Norway is in the TOP-3 of the most expensive countries.

How is it like to work as a software engineer in Oslo?

Christian Bull, who lives in Oslo shared his experience on Quora. He says that the main drawback of working in Oslo is that you should necessarily speak Norwegian or Swedish. He admits that even fluent English limits devs options unless they bring some special skill set to the table.

Another Quora user says that it’s not necessary to be a native speaker to work as a software developer in Oslo, however, you should be able to communicate on complex topics. In this case, it’s better to seek jobs in companies where English is the prime language for communication within a team. When it comes to hiring, what is very important is your set of skills, the level of education, and a well-structured CV.

Summer in Norway lasts only two months that’s why Norwegians are obliged to spend the lion’s share of their leave which is about five weeks during this period. Usually, they go on vacation to Spain, France, and to some distant islands.

Liked this article? Share your experience in living, working in Norway, or cooperating with Norwegian developers? How was it like? Look through our blog to find more articles on programmers’ salary by country topics. Follow us to stay up to date. 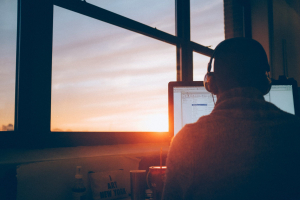 DICEUS webinar summary: How high-performing banks get IT projects delivered on time 09.07.2020 News