What is a smart contract: Making sense of the noise

Bitcoin, global well-known money exchange system, started using blockchain technology and nowadays, it reached over 8 million accounts and increased by more than 100% per year since 2010.

Experts predict that by 2020, the banking industry will get $1B of revenue from the blockchain-based cryptocurrencies. But identifying how key technologies grow is challenging. They engage a wide variety of programmers all over the world. So, figuring out where any new technology is headed not easy.

Moreover, blockchain development is more about the open-source environment. For example, GitHub is the biggest global software collaboration platform with more than 68 million projects and 24 million users.

There are a lot of risks because of the anonymous transactions. For instance, in June 2016, a project applying the Ethereum blockchain-based platform lost $55 million when a hacker found a flaw in the code. As we see, the same properties that boost technology may allow criminals to make use of the industry’s entire lack of maturity. 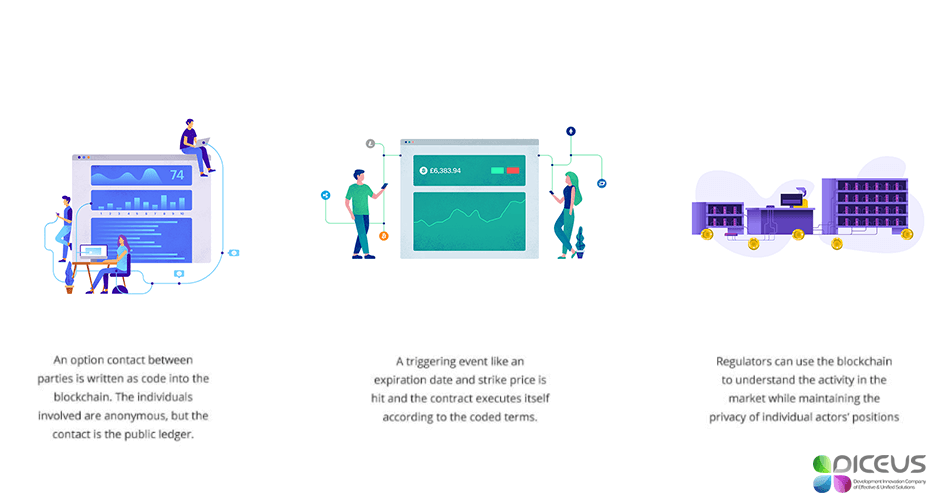 Ethereum allows creating smart contracts. Do you know how it works? Two sides develop a contract, and the terms of it are programmed into a code by using blockchain technology. After the successful cooperation, results are brought automatically. Finally, the main idea is that the contract is tracked and executed by itself.

Bitcoin and smart contracts have the same goal: eliminating third parties involving lawyers or courts, banks. Mariia Dobrovolska, business development manager at DICEUS, says that this system simplifies the process while saving all compulsory elements of the agreement. Smart contracts are well-suited to the marketplaces where payment automation with needed security is a valuable asset. 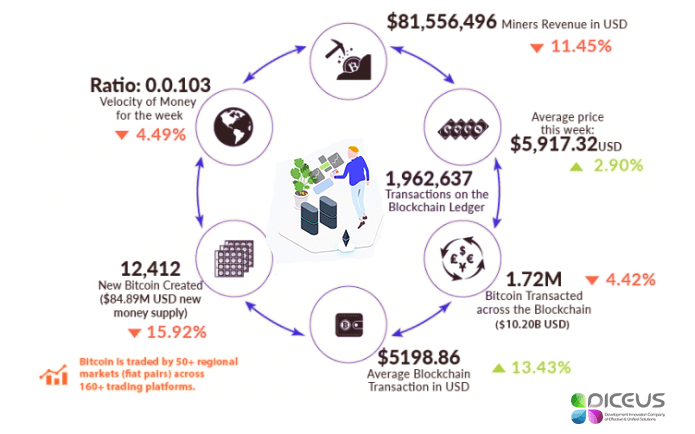 Bitcoin Cash is enhancing the size of its block to 32MB and gaining smart contract abilities. It mixed with higher speed and lower transaction fees will definitely improve its competitiveness. Moreover, it may allow Bitcoin Cash to develop  a peer-to-peer electronic cash system.

Nowadays, Bitcoin Cash is just cryptocurrency, but earlier Bitcoin had code for smart contracts. They are a very flexible and customer-oriented solution. It brings a buyer and a trader an opportunity to pick the specific terms of the cooperation.

Actually, this brand-new idea of handling the operations through smart contracts is possible because of blockchain space. It publicly saves the contracts and supports the safety of the agreement by not allowing any party to adjust the details or the entire contract. In this context, the potential of blockchain and its feature to save vulnerable data are promising. 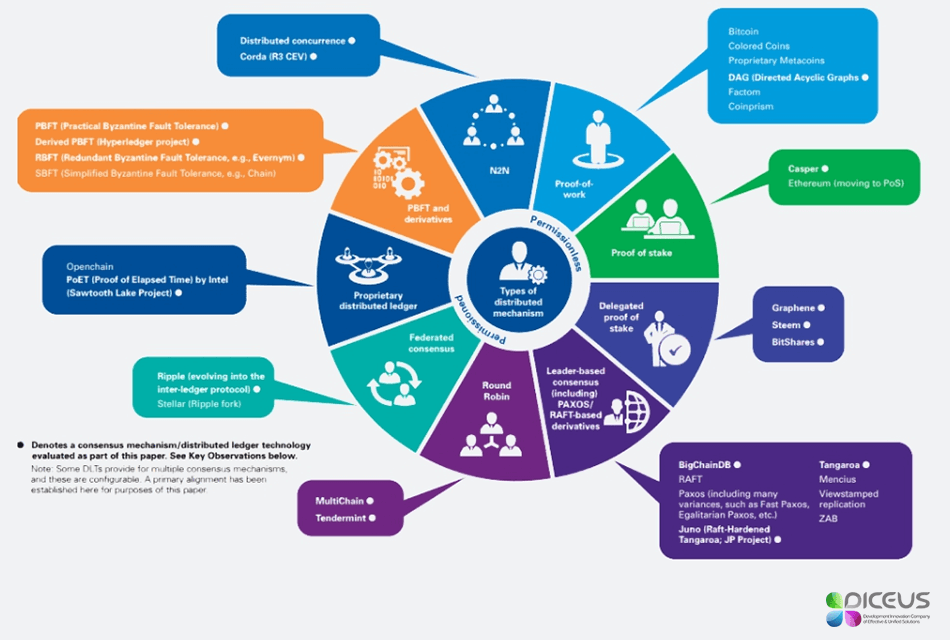 Ethereum is the most famous smart contract framework, developed in order to maintain smart contracts. This framework was developed by using the Solidity language and runs smart contracts without any chance of downtime, fraud, or third-party influence. This blockchain database saves various transactions and their source code.

Smart contracts have the power to update the economy by freeing up from routine business processes. For instance, smart contracts may develop virtual companies that will be a good fit for small businesses with low revenue. Etherium enables users to develop and apply initial coin offerings. This is promising industry and $550 million has been invested in initial coin offerings.

Smart contracts allow exchanging property, money, shares in a conflict-free way without the services of a middleman.

Let’s consider the main functions of the smart contract:

Smart contracts bring difficult logic to successful contract management and make use of new technologies the same way Uber automates their orders. Another example is Everledger, a blockchain-based fraud-detection system. Most commonly, it is used for jewelry and diamonds. It applies a hybrid blockchain that mixes its own private blockchain with the Bitcoin blockchain to create smart contracts that verify physical diamonds. It overcomes the sale of conflict diamonds by holding a transaction history for each jewel.

One more example is Mycelia that applies smart contracts for a blockchain-based music ecosystem. This is a way for musicians to share free music and to make sure the incomes go back to the artists. It shows how blockchain and smart contracts may handle digital rights management. This innovation in the music industry may help artists to sell directly to the clients without the help of lawyers or bookkeepers with automated payments.

Smart contracts have a huge potential for the Internet of Things. Erin Fonte, Head of the Financial Services Regulatory at corporate law firm Dykema, says that if the IoT run on a blockchain, and smart contracts manage that real-time data, it can develop entirely new class of agreements. When you have connected cars that may show up actual usage stats, you can connect pricing into existing usage and align it automatically over the length of your car occupancy and financing. The automated payment system delivers legal proof of transaction authorization as well.

Such contracts have already been applied by data providers and software and within computer networks. Examples involve the digital rights management industry by implementing US copyright to prevent stealing of the content. Apple’s servers are aimed to strengthen the conditions and terms and of its iTunes store. Blockchain algorithm helps users to develop contracts that are automatically executed without the additional help of third-party tracking and enforcement approach. Moreover, smart contracts help unknown people to cooperate in a trustworthy way without mediators.

Ethereum smart contract examples show that safety may be improved by reducing the vulnerability of a centralized server for handling the contracts. For instance, the Canadian founded Ethereum website for distributed computing helps users to create and run their own apps across network nodes. It allows finding crowdfunding on a cryptocurrency. The smart contract is added as a first block in the chain and potential investors will contribute directly through the smart contract. Then, the system allows managing the whole crowdfunding process. And though multiple records saved in a decentralized fashion refines security.

Ethereum was made in order to create smart contracts. This is an easy way for two sides to record their cooperation, make it legal, a blockchain technology allows each participant to reference and verify its contract. Currency is kind of contract, and the key currency on the Ethereum blockchain is Ether. These are the most popular forms of contract but new alternatives were developed as well. New coins may leverage the trust of Ethereum over the coins that start from scratch.

Ethereum is a needed standard for the token creation and smart contracts. Besides, time goes by there are many new blockchains which may dominate the entire smart contract market or by focusing on niche applications. Ethereum has a significant impact but the world of cryptocurrencies is changing fast.

Why trust a smart contract and it’s benefits

Smart contracts are developed and applied within blockchains, that’s why they have some of the blockchain’s features:

Blockchain allows saving costs by eliminating a need to use a help from third parties. Moreover, it helps users to save time and prevent conflict while keeping security high.

The smart contract is a kind of know-how that keeps evolving in order to automate contract management and make it simpler. With the blockchain technology, the contract is tracked and executed by itself. We see smart contract use cases in various areas because of the wide variety of useful features. 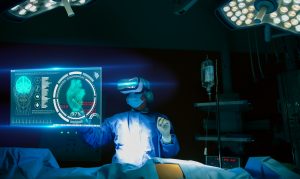 Smart hospital: How the healthcare industry will change in 5 years 27.12.2019 Business 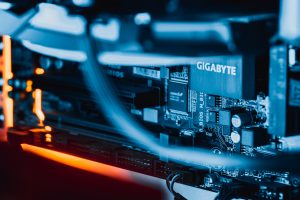 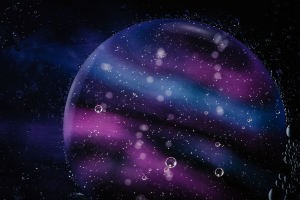 30 most frequent questions about IT staff augmentation answered 08.04.2021 Business 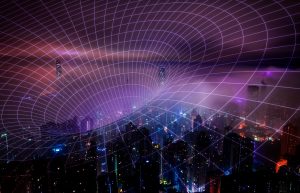 6 poor-quality data problems killing your business and how EDW can help 08.04.2021 Business 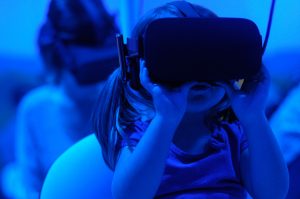 How to find an experienced IT staff augmentation provider 29.03.2021 Business