What is the primary prerequisite of success in any business? For any firm, be it a full-fledged company or a startup, it is vital to expand its audience and reach out to a maximum number of people. And what is the channel of rapport with consumers that is sure to propel your enterprise in this direction? In the high-tech world of the early third millennium, the way to a client’s heart is through their smartphone.

Being aware of this simple truth, entrepreneurs shape their marketing strategies with a heavy reliance on digital tools that the IT industry offers. One such tool is mobile apps that serve as an ultimate means of winning new leads and retaining loyal customers. Naturally, the revenues they generate are on a steady growing pattern – the only tendency to intensify within the foreseeable future.

However convenient and universal this marketing instrument may be, it has some development limitations that significantly hamstring the triumphant progress of native apps. The basic of these constraints is the persisting division within the software realm that forces business owners to make a choice between Android- and iOS-powered devices while commissioning their app to developers.

Either option has its merits and demerits. Whereas Apple owners typically hail from well-to-do countries and social strata having more money to spend, Android gadget users still prevail in quantity so they can make up for their lower purchase potential by sheer numbers.

A possible solution to this dilemma might be developing two apps to fit both operating systems. It looks like a perfect way out until you consider the financial side of the venture. Building one native app is quite expensive (especially for budding entrepreneurs), while splurging on two spells unsustainable expenditure even for many middle-size companies. In this predicament, specialists of Diceus recommend considering cross-platform, where both in terms of quality and cost Flutter development reigns supreme.

Related article: “Why Flutter is a worthy toolkit for your mobile app development”

Being not yet of “school age” (in fact, it was inaugurated just five years ago) Flutter framework has outgrown its infancy as an Android-building tool and has gradually matured into a cross-platform toolkit. Using one codebase of Flutter, the developers can create apps for a range of operating systems, including (besides Android) iOS, Linux, Windows, and some lesser ones.

The system of this brainchild of Google encompasses two components – the SDK (Software Development Kit) and the framework. The former contains a set of tools to be employed for app building, among which those that are used to translate the Flutter code into the native one deserve a special mentioning. The latter is a library with a wide array of widgets (sliders, buttons, text inputs, etc.) to be utilized for UI creation. They define stylistic (colors, fonts), layout (padding), structural (buttons, menus), and other elements of the app’s UI. The widget set is in no way a closed roster since developers can add their own ones if they feel that something is lacking.

Any framework is written in some programming language, and for Flutter, it is Dart. Being related to Java, it is quite easy to master if the developer has a preliminary proficiency in Java or C++. Dart is universally recognized to be one of Flutter’s fortes. It is so not only because its object-oriented structure is perfect for front-end development.

Dart’s unique characteristic is utilizing AOT (Ahead-Of-Time) techniques to compile immediately into the native code of the platform, making a JavaScript bridge employed by other frameworks superfluous. As a result, the access to native widgets is affected in the twinkling of an eye, which reduces the launch time of the app tremendously. The list of bonuses that come in Dart’s wake also includes:

Flutter benefits: A user’s and a developer’s perspective

What makes Flutter apps a top product as far as UX is concerned?

Having considerable experience in mobile app building, experts of Diceus see plenty of reasons why Flutter app development is infinitely worthwhile. The chief ones among them are as follows:

The first is its magic hot reload button. By pressing it, you bring to the screen all code alterations you have introduced before. Since the code is updated automatically, you don’t have to restart the app but can proceed with coding while the app is running. Bugs and errors are disposed of in the same way.

The second is the widget library. It’s not only the size of it (which is quite voluminous!) but also the mode of arrangement. Their tree structures make swift development a breeze (and a swift breeze, too).

Yet, the overall lower price of building a Flutter app can vary significantly depending on several determinants.

Building a custom mobile app is never a bargain-price issue. However, you can save a lot if you approach the process by being aware of the three vital factors that largely determine the sum you will have to fork out.

Technically, Flutter apps can be built for almost any platform (with certain reservations, though: Apple – namely Apple TV – is still inaccessible for customization efforts). But for some of them, the game might be not worth the candle. For instance, if you want to commission an Android smart TV app, you must realize that developers will have to build the entire control logic anew. Why? The touchscreen and mouse operations Flutter relies on don’t dovetail into remote control inputs employed in such smart TVs.

A Wear OS version of a Flutter app would be a job of work, too, since this platform doesn’t support the lion’s share of development features Flutter utilizes. The complexity of the task and the vast amount of effort in such cases would increase the cost tremendously, so with a specific platform in mind, it is better to think native.

The range of features

An app cost is conditioned by the hourly rate a developing company charges. For a developer, creating an app takes a certain quantity of working hours needed to build its features that differ both in number and complexity. Naturally, the fewer and the simpler these features are, the less time a dev will spend creating them, so the cheaper the app is going to cost.

Some features are easy and swift to create (for instance, login), while others (like photo upload) take an entire working day to build. Other pricey items include payment integration, chatting, and navigation, with the latter taking around 300 hours to develop. Moreover, some native features consume more time to create a cross-platform app. For example, instead of 12 odd hours needed for building AR filters in a native app, Flutter developers would require up to 20 hours to do the same. If such features have little clout for your app, you may leave them out, cutting down on the cost Flutter app development will require.

Developing companies hailing from various regions have different hourly fees for their services.

Today, the biggest sums are charged by North American and Australian companies (from $100 to $200), and a notch lower are the prices of outsourcers from Western Europe. Charges of Latin American, South Asian, and Eastern European firms are more affordable, ranging between $25 and $50 per hour.

But while choosing an outsourcer for your Flutter app project, the numbers aren’t the only index you should steer by. Equally important is the quality of implementation. On balance, companies from Ukraine tick all the boxes. Offering first-rate services by seasoned talents at reasonable prices, Ukrainian outsourcers can create a product that will meet all your requirements and live up to the expectations of prospective clients.

All that said, it is important to realize that each app is unique, so gauging your potential expenditures should be done with a view to a concrete project and its envisaged peculiarities.

It is not a problem to give ballpark numbers related to Flutter app development cost. Some simple project, say a fitness app with meal plans, workout tips, and weight diary, would cost anything between $25,000 and $35,000. A more advanced app with voice calls involved can be developed for up to $48,000. Integration of more complex features (like Instagram) will start your Flutter app project at $41,000 with the potential to run up to $55,000.

To arrive at a more precise sum, you should cooperate with the developer. Typically, cost assessment proceeds in the following way.

At this initial phase, you hold meetings with project managers and analysts who, after going through potential risks and solutions to them, come up with a rough estimation of execution terms. The realization of the minimum and maximum time necessary for the completion of the project gives you the general idea of the budget you will have to allocate. It is here that you must decide whether your app is worth making finance-wise.

Based on the data you provide, outsourcers create a wireframe of the app – the blueprint of a kind where you can see what the UI will look like.

Only after that, a detailed estimation of the project is possible. Once you agree upon the budget, project provisions, and wireframes, the development phase is kicked off.

The score the developer called is in no way the final amount you will have to fork out. You should be aware of the accompanying expenses. The latter include:

Building a Flutter app is much cheaper than creating a native one. Yet the expenditures are nevertheless high, so you should take care you get a solid quality/price ratio for your money. Diceus is a perfect choice in this respect since we can deliver a first-rate app, launching which won’t make a hole in your pocket. 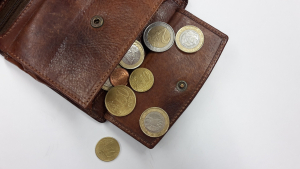 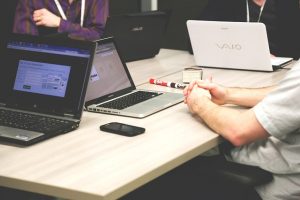 How Much Does Software Development Cost? A Guide to Assessing Rates and Total Price of the Project 04.09.2018 Development 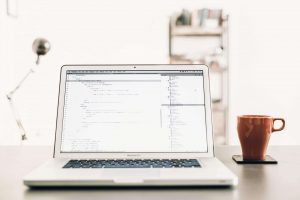 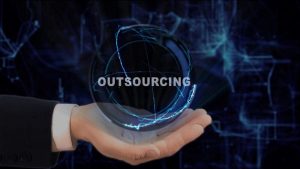