To learn the benefits of using Node.js, we first need to recognize and appreciate the back-end side. For the common folk that is only used to seeing websites up and running, web development usually ends at the front-end.

In reality, when viewing a web page in a browser, we send a special request to another computer on the internet, called a web server, which sends us back that very same web page in the form of a respective response.

The server uses both client-side and server-side software to show us a web page. The latter is responsible for exchanging, processing, and storing data by using code that helps process your browser’s network requests and interact with databases.

Node.js allows developers to use JavaScript to create server-side code, even though traditionally, this language has only been used in the browser to develop client-side code. Combining both sides in the same environment makes it easier to create web servers, which is why Node.js popularity as a handy tool for writing server code has skyrocketed.

Are you looking for Node.js developers? We can help you. Here’s how.

As we’ve mentioned above, Node.js is a platform for handling JavaScript through the V8 engine on a server-side. The V8, in turn, is an open-source JavaScript engine that powers Google Chrome and a few other similar browsers by providing the runtime environment they need. JavaScript operates on a client-side, while Node.js scalable architecture does its magic on a server and allows developers to write full-fledged applications.

Node.js has everything you need to execute a JS program. This open-source framework can work with numerous external libraries, call commands from JavaScript code, and act as a web server.

To avoid any confusion, Node.js is not a programming language like Java but a technology that assists an actual programming language, JavaScript, in creating server code. So, let’s now take a short trip back to history lane and learn a bit about Node.js and how it came into existence.

The platform originated in 2009 through the efforts of engineer Ryan Dahl and later thanks to Joyent’s sponsorship. Being only 12 years old, Node.js has already proved itself a vital instrument in server-side programming. First came its core engine – Chrome V8 JavaScript – which became a part of the platform, along with a low-level non-blocking I/O API model and an event loop.

The key factors that led to the Node.js development were timing, precision, and innovation. To get there, JavaScript – twice its age – went through numerous upgrades to increase its speed and performance on client and server sides.

What better to use for a better understanding of this technology, and to show Node.js popularity than good old-fashioned statistics:

What can you do with Node.js?

Node.js works best for the following projects (with examples):

When to Use Node.js, based on necessary tasks

Related article: Flutter or React Native: Helping you with a choice

When not using Node.js

With what you can do with Node.js, there are still a few areas where utilizing it isn’t a great choice:

Pros and cons of Node.js development

Like any technology, Node.js has its advantages and disadvantages, depending on the project, the resources you utilize, and other preferences. To determine if this platform is the right fit for you, consider the list of all possible aspects below.

The advantages of this backend platform include:

Despite numerous benefits of Node.js, there is a small number of drawbacks worth mentioning:

Prospects and trends of Node.js development

Judging by the recent trends and market reports, Node.js will only become more popular. A modern Node.js project is about static typing and design patterns, such as dependency injection, etc. As a result, a typical JavaScript project with its simplicity and ease will be successfully replaced by the robustness and simplification of Node development and its support in large projects.

Over the last couple of years, Node.js has matured significantly. Solid tools for debugging, tracing, and identifying other problems emerged, along with the expertise and growing community. The move toward using microservices is offsetting the lack of static typing by reducing its complexity.

Currently being one of the most in-demand backend frameworks, Node.js has a bright future. However, it still has lots of room to grow, fewer questions as to why use Node.js in the first place are appearing in the press.

Learn more about our expertise.

Why use Node.js development?

Knowing when to use Node.js and how to take full advantage of it, this question may no longer be necessary. For example, according to the third annual Node.js User Survey report, the responders mentioned the following impact on their businesses:

Let’s go through actual companies that implemented Node.js into their routine.

Based on lots of benefits from adopting Node.js into a development cycle, it’s no wonder many companies have already done it.

To modernize their backend development, Netflix added Node.js to their technology list. That sped up the move from the backend to the frontend and significantly decreased their loading time.

After their regular programming tool, Java, didn’t pair up well with the frontend, PayPal switched to Node.js and afterward upped their performance, built a new application in record time, and reduced loading time.

LinkedIn has traded Ruby on Rails for Node.js and, with its help, managed to build a ten times faster application and dramatically cut down the number of servers.

Like PayPal, eBay has also switched from Java to Node.js to upgrade their development process and synchronize any changes to client and server sides.

Is Node.js also suitable for startups?

Startups need to choose the right programming platform and the environment from the get-go. This choice has a crucial effect on the project’s success. Choose wisely, taking scalability, speed, community, onboarding, and speed into consideration.

The platform excels in situations when you need to build scalable and really fast network applications. Node.js speed and performance work best for multi-user real-time data solutions, which is why it’s an excellent choice for startups.

The availability of resources and learning tutorials make Node.js a better choice for companies that are only beginning their path. It’s relatively easy. Knowing JavaScript and Object-Oriented Programming fundamentals, Node is simply a dozen pages of documentation away from starting to work on your projects.

Knowing all the pros and cons of Node.js, here are useful links to successfully start working with the platform:

Node.js is a remarkable piece of technology. Being a fairly mature platform, it has both potential and many existing approaches to solve various issues. Thus, this makes Node.js an excellent candidate to bring most of our new and unusual backend coding ideas to life.

Using our team’s expertise, we’ve listed numerous Node.js benefits, as well as some of the drawbacks. It will help you form your impression of the platform. If you have a question about your project, click here to fill in a form and book a call. 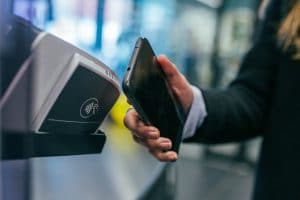 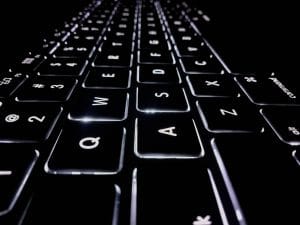 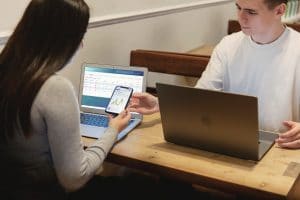 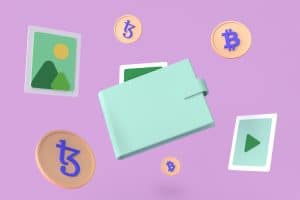